The “Throw” of our shifter is adjustable. The range of adjustment is 16%-50% less throw from the OEM shifter.

The height of the shifter knob is adjustable. The knob height may be adjusted from a 1/2″ taller than the stock height to 3/4″ shorter. The adjustment of the knob height is independent of the throw adjustment.

Multiple “top half” sections are available and are interchangeable so the customer may have the shift knob of their choice. Either the original knob or any aftermarket knob may be installed, or changed at a later date.

Our Bronze and Stainless shifter bushings are included in the shifter.

We designed our shifter to be adjustable for several reasons. Many CTS-V owners like the throw of the original shifter, many do not. What both groups agree on is that a shifter should feel solid in the car and be a precision mechanism connecting the driver to the transmission allowing accurate shifts either on the way to work or on the track. Our goal was to produce one mechanism that appealed to both groups.

We also made the shifter adjustable because one size does not fit all. Other short throw shifters on the market are designed to have a certain percentage of reduction in shifter throw, non-adjustable. At Creative Steel, we don’t like the “take it or leave it, this is the way we make it” point of view. With a Creative Steel shifter the customer can fine-tune the shifter to their needs.

Another reason for adjustability is drive shaft clearance. Short shifters and drive shafts may seem unrelated, but it’s well known that some short throw shifters are not compatible with some aftermarket drive shafts. The Creative Steel Adjustable Shifter allows for the shortest shifter throws possible regardless of what drive shaft is installed. This also means that if a different drive shaft is ever installed, the shifter can be adjusted at that time to accommodate the new shaft without interference.

Our shifter is serviceable.

The Creative Steel Adjustable Shifter is made robust enough that it will last the life of the car with little to no maintenance. If by chance the shifter ever feels worn, the tension mechanism on the pivot ball is replaceable without needing a new shifter.

The pictures below show the OEM original CTS-V shifter stick next to a common aftermarket shifter and the Creative Steel Adjustable Shifter. For comparison purposes we will use the OEM shifter as our baseline.

Figure 1     This picture shows that the common aftermarket shifter provides a roughly 33% reduction in travel of the shifter knob in order to shift the transmission from one gear to another. Although better than a stock shifter, this shifter falls short in three areas of performance. One, the shifter is designed to reuse the plastic mounting cup that the original shifter pivoted in. These factory installed plastic cups wear over time. The more they wear, the more excessive play will be felt in the shifter. Two, the amount of throw reduction is 33%, like it or not. This amount of reduction could cause a potential interference with larger diameter aftermarket drive shafts or not as much reduction in throw as some owners would like that have smaller diameter drive shafts. Three, the shift knob is approximately 1/2″ taller than stock and only accepts the original shift knob.

This picture also shows the Creative Steel shifter in its “longest throw” configuration. Meaning that the hole at the base of the shifter (just right of the red line) that the shift linkage connects to; is adjusted to be as close to the center line of the pivot ball as possible. In addition, the top half of the shifter is set about 1/2″ taller than the stock knob height. 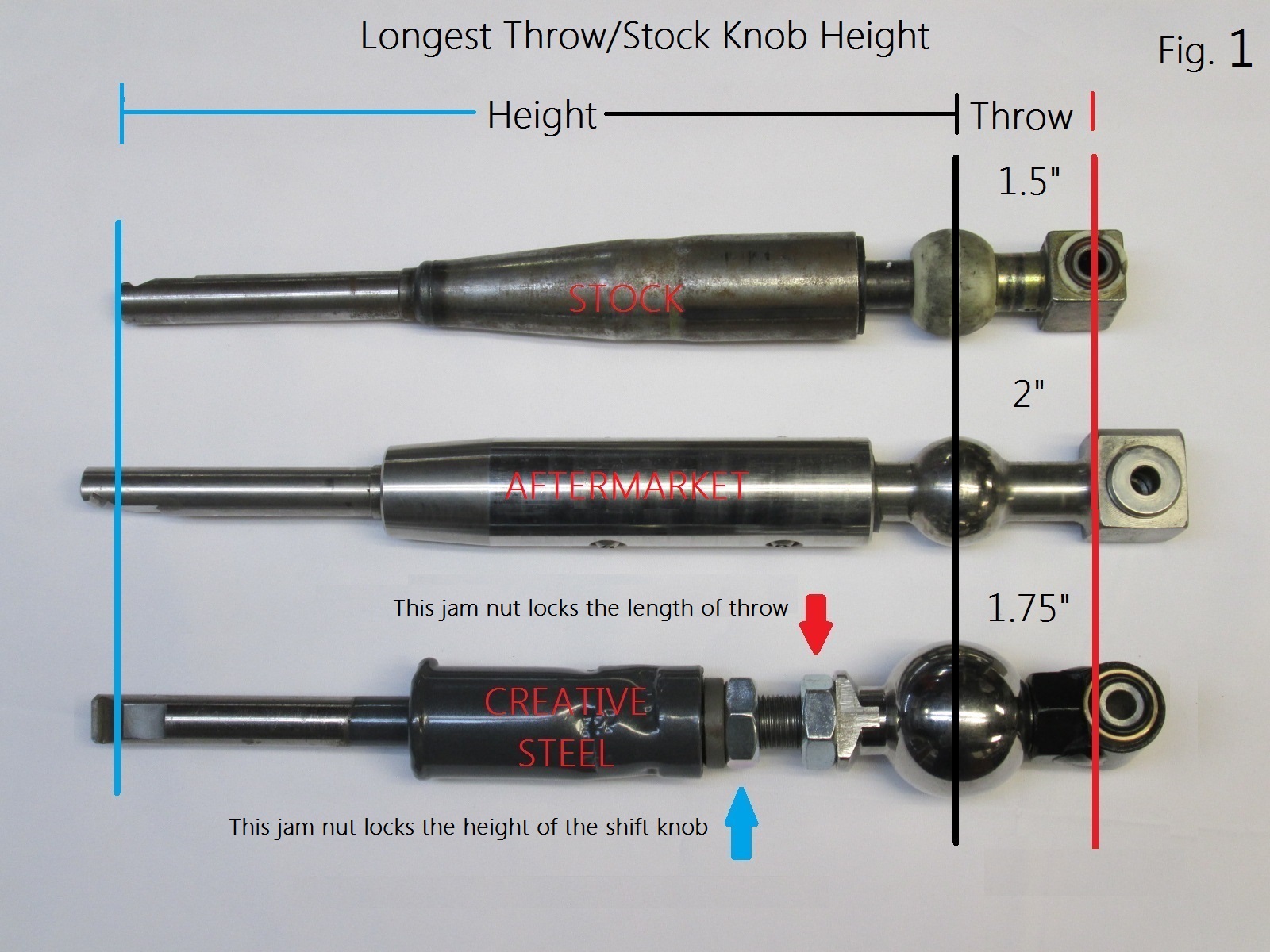 Figure 2 This picture shows the top half of the shifter in its shortest configuration. This will lower the shift knob roughly 3/4″ with no effect on the throw of the unit. 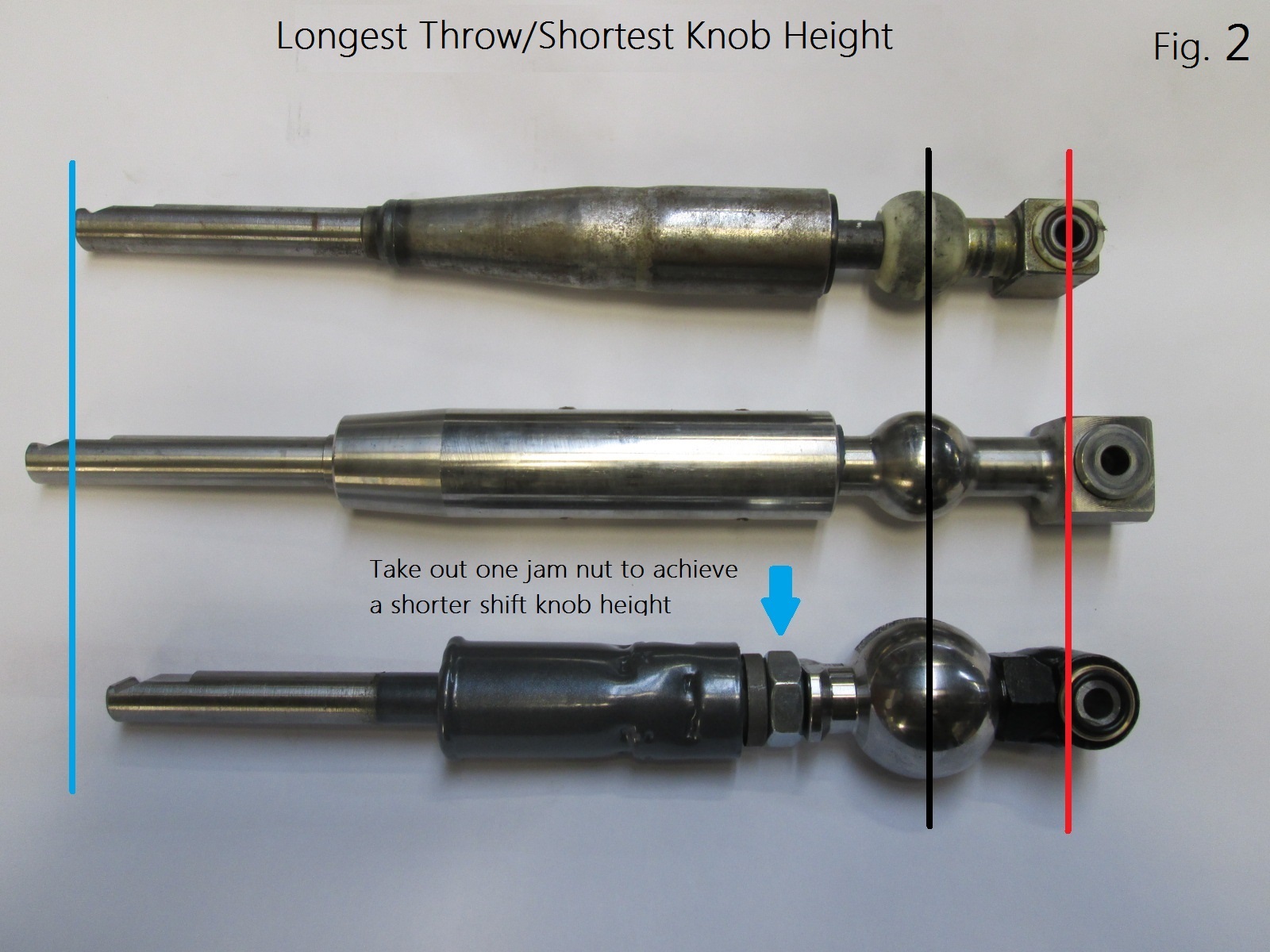 Figure 3 This picture shows the shifter adjusted to its shortest throw possible. Notice that the top half of the shifter has been returned to the position that places the knob at the factory height. 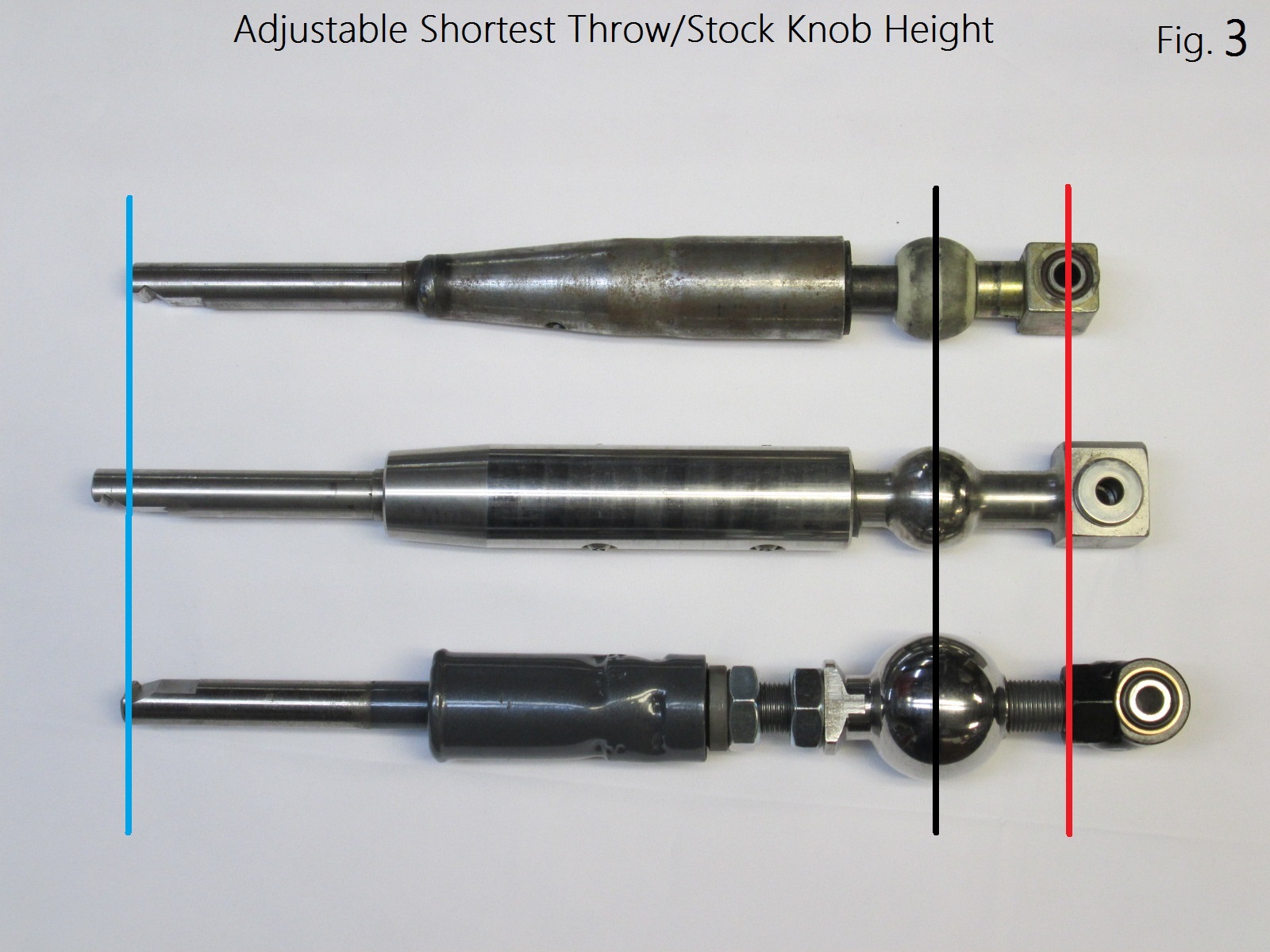 Figure 4   In this picture the shifter has been adjusted to its shortest throw and lowest shift knob configuration. 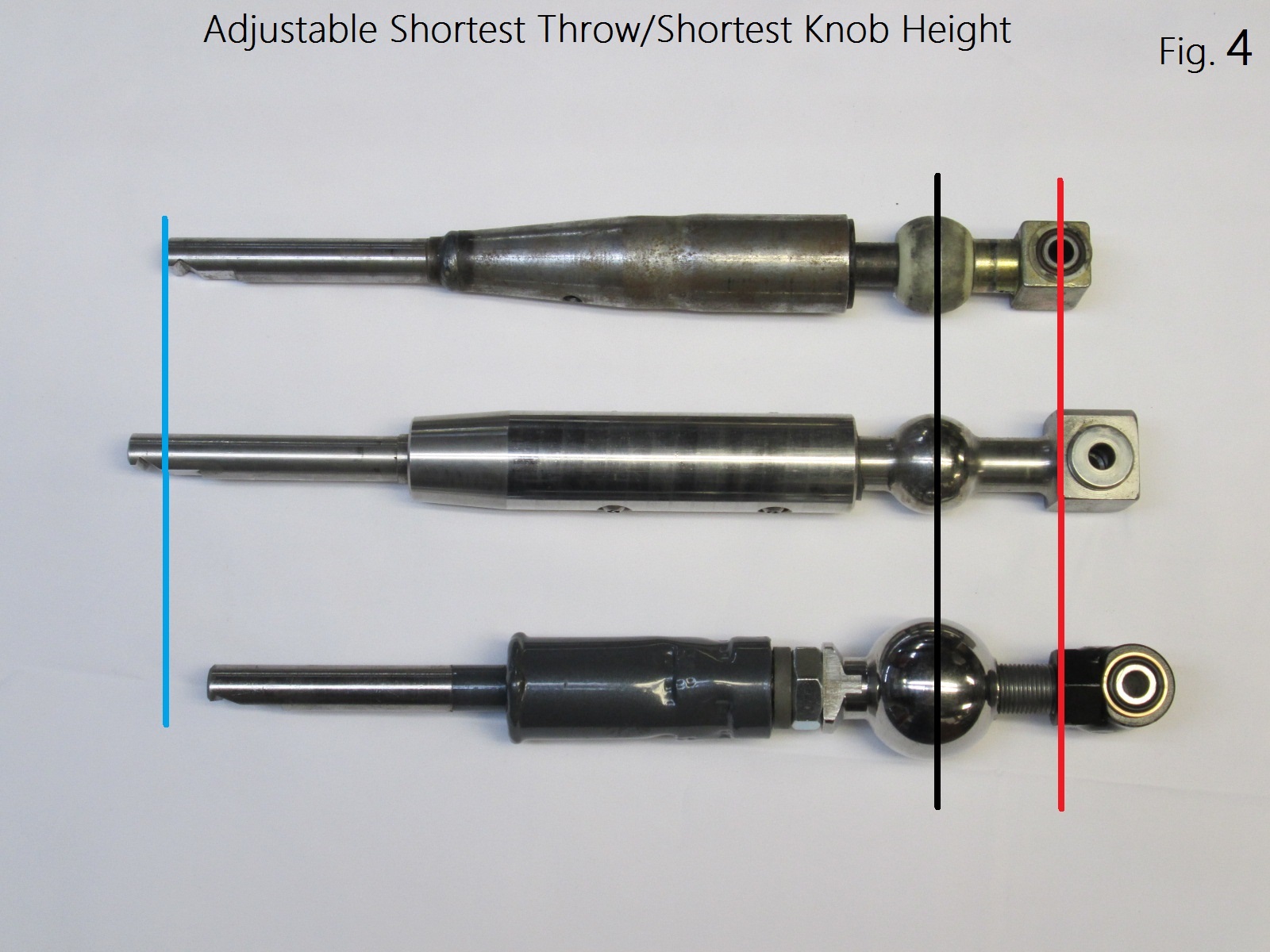